What is a hip arthroscopy?

Arthroscopy refers to a procedure done within a joint through small incisions, using an arthroscope (camera) to visualize the structures within. Arthroscopic procedures are commonly done on an outpatient basis.

Hip arthroscopic surgeries are performed to mainly address pathology within the joint, however, there are some procedures outside of the joint (i.e. gluteus medius tear, trochanteric bursitis, internal/external snapping hip) that we are able to address arthroscopically as well. We have detailed some of the more common hip arthroscopic procedures performed in a later section.

The set up for the hip arthroscopy differs greatly from other orthopaedic procedures, due to the anatomy of the hip joint. The patients are placed supine (on the back). Being that the hip is such a confined joint, traction must be applied under the guidance of fluoroscopy to allow for the placement of instruments. The amount force needed to distract the hip varies from patient to patient. We try to minimize the amount of traction to under 90 minutes. Minimizing the length of traction time will decrease the amount of neuropraxias that develop post operatively.

Incisions are made on the lateral aspect of the hip. The number of incisions varies from patient to patient depending upon their pathology. Each incision is approx 2cm long and is closed with either two or three sutures. These sutures are not dissolvable.

As Dr. Kelly enters the joint, he will address labral pathology by either repairing or debriding the labrum. The decision to repair or remove is based on the quality of the tissue upon viewing it with the camera.

There are two options for anesthesia: General or Regional. We prefer the use of a spinal (regional), as it allows for pain control immediately post op, and tends to minimize anesthetic side effects including, but not limited to, nausea, vomiting, pain at the site of insertion, spinal headache, etc. Some patients that have spine pathology, or bleeding disorders may not be candidates for the regional block. In this case, general anesthesia will be used.

In the majority of cases, a spinal block is sufficient as opposed to an epidural. The two blocks differ in the location of the medication into the spine and an epidural is convenient for long cases, where the anesthesiologist can continually dose, according to the time. A spinal block is typically adequate for our procedure as surgical time is rarely over three hours. The anesthesiologist will speak with each patient prior to the procedure to go over the pros and cons. Ultimately, the decision is made by the patient.

One of the most frequently asked questions is, "Will I be awake for the procedure if I use a spinal?" This decision is also made by the patient. Prior to the block, the patient is sedated so they feel very sleepy and unaware of the injection. In most cases, the patient prefers to sleep during the procedure, so after the regional block is completed, additional sedation will be given so the patient can sleep during the surgery. This should also be discussed with the anesthesiologist the day of surgery.

A synovectomy is performed using radio frequency probes that are able to, with a controlled amount of heat, rid the capsule of inflamed tissue.

The decision to remove labral tissue is based upon the location, chronicity, and vascularity of the injured fibrocartilage. Attempts are made to preserve as much healthy labral tissue as possible.

a. Labral Debridement : If the quality of the labral tissue is poor (crushed, erythematous, ossified) we perform a debridement of the labrum. This is done by using a rotating shaver in the joint that is able to "shave" the beat up labrum and with the use of a suction, remove the fragments from the joint.

b. Labral Refixation : If the quality of the labral tissue is adequate, an anchor is placed into the bone (acetabular rim). The suture attached to the anchor is then fed around the labral tissue and tied down to the acetabulum. We do use a bioabsorbable suture anchor as compared to metal for this repair. The goal of this refixation procedure is for the once torn labrum to scar down the acetabulum and remain there once the suture dissolves.

After entering the joint, the psoas tendon is visualized by making a small window in the capsule and then releasing the tight tendon by cutting it. After being cut, the tendon separates and eventually fills in with scar tissue, resting in a lengthened position.

a. Acetabuloplasty (Rim Trimming/Decompression) : Anterior over coverage secondary to a pincer lesion can be treated arthroscopically. This lesion is usually associated with a flattened, degenerative or cystic labrum. Pincer lesions require bony resection which can be performed using a motorized burr. Resection of the rim lesion oftentimes leads to destabilization or requires detachment of the labrum in order to fully visualize the extra bone. Following the rim resection, unstable but healthy residual labral tissue is refixed to the acetabular rim using arthroscopic suture anchoring techniques.

b. Osteochondroplasty (CAM decompression) : With visualization of the Cam lesion, a motorized burr is introduced and the removal of the Cam lesion is performed to recreate a spherical femoral head. A resection of less than 30% of the head neck junction is recommended because this has shown to preserve the load bearing capacity of the femoral neck, thus decreasing the risk of stress fracture. Fluoroscopy is often time used to assist in determining the amount of bone in which to resect.

An ITB release is performed in patients with symptomatic (painful) snaps. This is performed by accessing the lateral space in the hip. Traction is not needed for this portion of the procedure. Once the ITB is visualized, a cut is made to lengthen the tissue.

Repair of the Gluteus Medius/Minimus tendon(s) is done in the lateral space, where traction is not needed. In the majority of cases, the procedure is completed arthroscopically, however, the size and/or location of the tear may warrant an open technique to be used. The Tendons are visualized and an anchor(s) is placed into the greater trochanter of the femur while a suture is passed around the tendon. The tendon is then pulled down to its normal anatomic position and tied over the bone. For this procedure, a metal anchor is more commonly used as opposed to a bioabsorbable one. The procedure is very similar to that of a rotator cuff in the shoulder.

Performing a chondroplasty consists of removing loose fragments of cartilage. This is common in the setting of some arthritis.

The cartilage is taken out of the joint by a motorized shaver or a grasper depending upon the size of the fragments.

a. Crutches : The weight bearing status following all hip procedures is 20 lbs foot flat (partial weight bearing). Crutch time is dependant upon the type of surgery, but is usually anywhere from 2-4 weeks. Gluteus medius repairs require 6 weeks of crutches, as does a microfracture procedure.

b. Continuous Passive Motion (CPM) Machine : The CPM machine is used for 4 hours/day for 4 weeks, typically. It is a rental so must be returned. Our office will order the machine and have it delivered to the hospital the day of surgery.

c. Brace : The brace is to be worn for 2 weeks following surgery, mainly to prevent extreme flexion and extension of the hip. It is only to be worn while weight bearing with crutches. Due to the configuration of the brace, it must be worn over clothes. The brace is bought through insurance, ordered by our office and delivered to the hospital the day of surgery.

d. Ice machine : The ice machine is a rental ice colling system that is ordered by the office and delivered to the hospital the day of surgery with the other equipment. It is to be used 4-6 times a day for 20-30 minutes at a time. 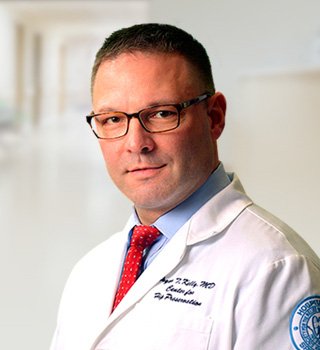